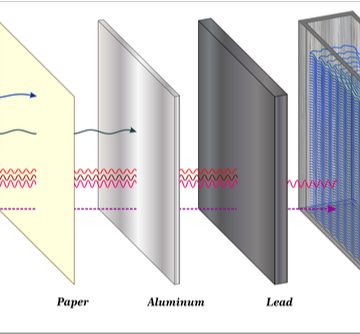 Neutron radiography testing is an underused NDT (non destructive testing) technique. The process uses high yield neutron generators to capture a scan of the internal mechanisms of a sealed object. Like all non destructive testing, the technique works without causing any damage to the object that is being scanned.

Other NDT techniques used to scan the inner workings of an object include:

Of these methods, the most similar technique to neutron radiography NDT is radiography, specifically, Gamma and X Ray Non Destructive Testing.

How Does Neutron Radiographic Testing Work?

Gamma and X Ray particles interact with the electron cloud surrounding the atoms that make up the object. Neutron beams only interact with the nucleus – the centre of the atom. Nuclei are a lot smaller than the orbit of electrons. This means there is a much slimmer chance that the radioactive particles will be dispersed upon collision with the material.

Gamma rays have been used widely by NDT professionals as a radiographic scanning tool. However, these often aren’t strong enough to pass through the atoms in denser materials. Neutron radiography, however, passes through heavy materials easily, making it a good choice when scanning heavier components.

One example of the applications of neutron radiography is the scanning of parts used in the aerospace industry, like turbine blades. These are often heavy and difficult to penetrate during a Gamma or X Ray radiography inspection. Furthermore, neutron radiographic technology is more effective than Gamma when detecting water and moisture inside parts.

Conversely, lighter elements with a low atomic number often aren’t registered by neutron radiography. This means that X Rays and Neutron Radiography can be used in tandem. Doing so can produce a more comprehensive image of an object’s interior.

Historically, neutron tomography has relied on old nuclear reactors to operate. There is currently not enough Neutron Radiography NDT technology on the market to meet demand.

This means that parts destined for internal scans need to be shipped to nuclear research facilities. These research facilities have access to enough neutrons for imaging. This tenant of the operation requires heavy security, safety and logistics to be successful. This causes a lot of problems when the technology is needed for smaller applications.